About the Showcase:
Since 1989, The American Pavilion has offered unparalleled experiences in Cannes to film students and emerging filmmakers from around the world. The Emerging Filmmaker Showcase provides an opportunity for filmmakers to have their works seen by Cannes Festival and Film Market attendees. Due to the COVID-19 pandemic, the 2020 Finalist Films will be screened at a future Festival in Cannes. In the meantime, we will virtually showcase these exceptional and diverse films to our American Pavilion audiences for a limited time. Each of our four categories of films (Emerging Filmmaker Showcase, LGBTQ Showcase, Student showcase and High School Film Showcase) will be followed by a scheduled live Q&A with the filmmakers.

HONORABLE MENTION: STITCHING A LIFE: THE STORY OF TRUDIE STROBEL 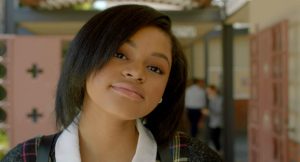 Director: Aurora Deiana
Writer: Aurora Deiana, Elena Briata
Producer: Aurora Deiana, Zone 6 Films, Open Fields Productions
Cast: Ornella Lorenzano, Gianni Alvino
A writer, Stefania, is a finalist in a literary contest. After the first celebrations it turns out that also Mrs Durante, her bitter rival, is among the favorites. Who will be ranked first? 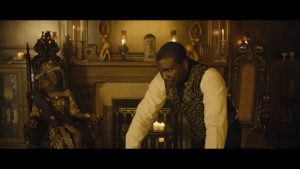 Writer/Director: Adetokumboh M’Cormack
Executive Producer: Pauley Perrette
Producer: Adetokumboh M’Cormack, Constance Ejuma, Hanna Sturwold, Chris Freeman
Cast: Adetokumboh M’Cormack, Scottie Thompson, Constance Ejuma, Raphael Corkhill, Markus Jorgensen
Set in 1914 at the start of World War I, The German King is the unbelievable true story of Rudolf Manga Bell; a German-raised African prince who becomes King after his father’s death. Upon returning home to Cameroon, he sees his people subjugated and enslaved under Kaiser Wilhelmʼs II oppressive colonial rule. He realizes the only way to put an end to his peopleʼs suffering, is to lead a rebellion against the man he once considered his brother. 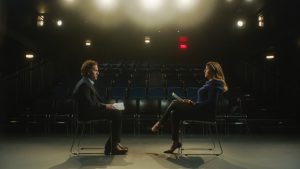 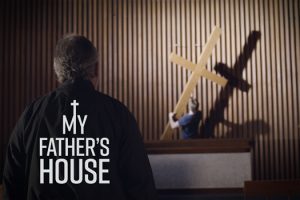 Director: Rob Shearer
Producer:  Rob Shearer, Amanda Blaurock
Cast: Marcel Narucki
A pastor comes to terms with faith and failure as he witnesses the transformation of his house of worship into a home for the downtrodden. 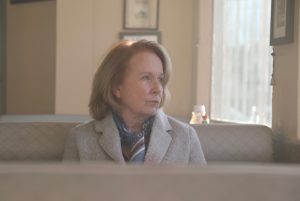 Writer/Director: Amy Barham
Producer:  Jamielyn Lippman
Cast: Kate Burton, Nicole Bilderback, Eric Womack, Barbara Lee Bragg, Amber Hodgkiss, Elizabeth Laime, Alexis Jacknow
A retired housewife fills her days with chores and errands as she deals with a growing sense that she has become un-necessary to the world. One day she realizes that her ‘invisibility’ could be a power in itself. But as she uses this revelation to liberate herself from her unhappy life, she starts a chain of events with darker consequences than she could have imagined. 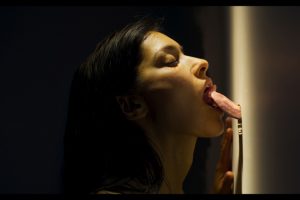 Writer/Director: Janina Gavankar, Russo Schelling
Producer: Janina Gavankar, Snehal Patel
Cast: Janina Gavankar, Debra Messing, Colton Haynes, Michael Ealy, Deborah Ann Woll, Rutina Wesley, Aisha Tyler, Emmy Raver Lampman, Amy Forsyth, Leslie Odom Jr., Rafael Casal, Roby Attal, Bel Powley
J is trying and failing to move forward as the scars of old relationships keep her trapped inside her new home. While hanging a piece of art, she knocks a hole in her wall that reveals what might be a hidden room. Her mind races to think what could be on the other side as she continues to unravel. 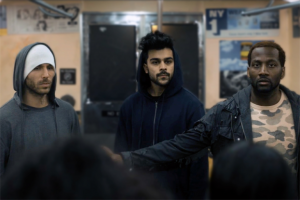 Director: Nino Aldi
Writer: Andy Marlett
Producer: Jake Hunter, Jeion Green, Adam Waheed, Patricia Chica, DeStorm Power
Cast: Adam Waheed, Destorm Power, Jake Hunter
The themes of identity and discrimination unfold during a train ride between two stations as an African American, an Arab-American and a white man try to rob a train. However, no one wants to rob their own race. 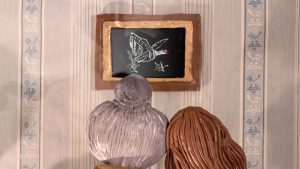 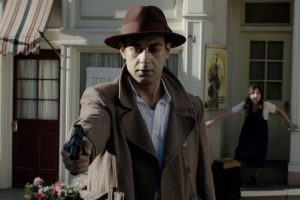 Writer/Director: Daniel Despart
Producer:  Michael Lazovsky, Olivia Shapiro
Cast: Ara Woland, Arya Desai, Anne Bedian, Paul Chepikian, Mariam Vardanyan
Set in 1921 post-World War I Berlin and based on a true story, “The Attempt” follows Soghomon Tehlirian, a young man who is given the mission to assassinate the chief orchestrator of the Armenian genocide. During the attempt, Soghomon realizes that killing another man is not easy and contemplates starting a new life with the woman he loves. Can Soghomon reconcile morality with preserving the historical memory of his people? 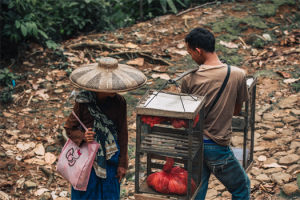 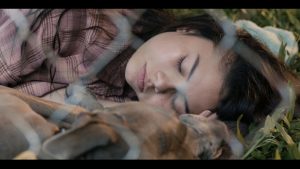 Director: Erin Lau
Writer: Erin Lau, Justin Omori
Producer: Olivia Gray
Cast: Bella Shepard, Jason Quinn
Set in rural Hawaii, a Native Hawaiian teenage girl must confront her father after he enters her beloved pet in a dog fight. Through the journey the film explores undercurrents of personal, cultural, and socio-economic strife in Hawaii, but at it’s heart, it is a coming-of-age tale of a young woman who must make the difficult realization that to save her family, she must stand on her own. 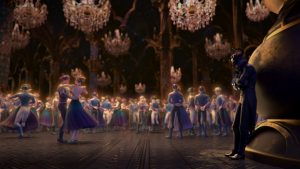 Director: Ron Spivak, Andrew Noh, Elena Spina, Aarif Attarwala, Tony Gaeta
Producer:  Jimmy Calhoun
In a celestial ballroom where the stars gather every night to dance their way across the sky till morning comes, the dark, lightless Moon appears every night and is rejected every time by the stars around him. That is, until one night the Sun appears at the celestial ball, and now the Moon has to overcome his fear of rejection to earn the love he desires. 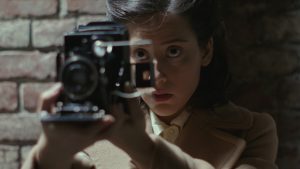 Writer/Director: Caroline Friend
Producer: Merissa Jane Lee, Michael Orion Downing, Caroline Friend, Nick Benjamin
Cast: Kally Khourshid, Edgar Erenhart, Daniel Dasent, Eugene Alper, Dimitry Rozental, Martin Harris, Henning Fischer, Gabriel Palma
Based on a true story in World War II Poland, a young Jewish woman struggles to survive after her family is murdered. Refusing to give up, she joins the Soviet resistance, and realizes that through photography she can remember the past while documenting for the future. 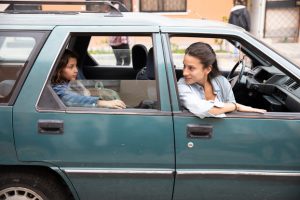 Writer/Director: Tiffany Kontoyiannis Guillen
Producer: Tiffany Kontoyiannis, Roy Arwas, Karly Perez-Arevalo
Cast: Joselyn Gallardo, Marina Lalama Noboa, Diana Aboujian
After being deported back to dangerous and communist Venezuela, Rosa and her daughter must find a way to escape to a nearby town in Colombia. 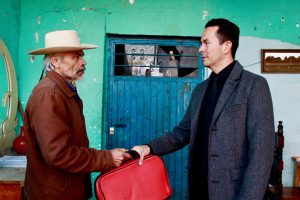 Producer/Writer/Director: Miguel Angel Caballero
Executive Producer:  Luis Aldana
Cast: Sal Lopez, Luis Aldana, Matias Ponce
Salvador, a gay Mexican elder who has lost his partner of 15 years, calls his partner’s estranged son, Anthony, to tell him of his father’s passing. Unaware of their relationship, Anthony travels from Chicago to a small rural town in Mexico to attend his father’s funeral.  As family secrets are exposed, identities and perceptions are challenged. 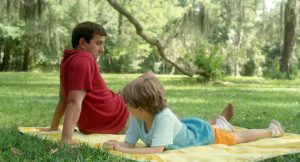 Writer/Director: Tyler Knutt
Producer: Raymond Knudsen
Cast: Steven Scot Bono, Bryson JonSteele, Jonathan Yaskoff
Robert must open up to his young son about the truth behind his divorce, and the man he really is. 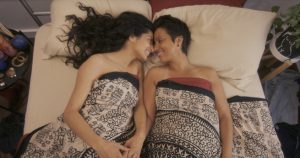 Producer/Writer/Director: Fawzia Mirza
Cast: Fawzia Mirza, Kausar Mohammed
In the afterglow of a seemingly fated hookup, two women realize that perhaps they have a little too much in common. 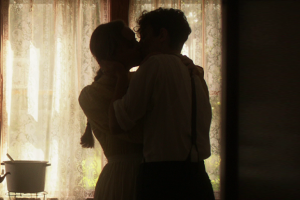 Director: Ksenia Ivanova
Writer: Ksenia Ivanova, Savannah Oakes
Producer: Eva Herndon, Mika Santiaguel
Cast: Kate Smith, Brookelyn Hébert, Joe Chapleau
Jack and Anna is based on true events that happened in the early 1900s in Colorado. It tells a story of a young couple who live a happy life on their farm when suddenly a man from the past reveals Jack’s biggest secret – that he is, in fact, a woman named Helen. After the revelation, Helen is put on trial for cross-dressing and same-sex marriage. 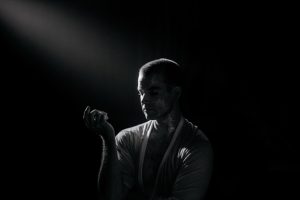 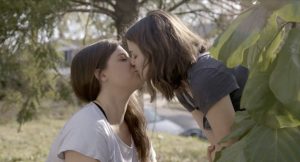 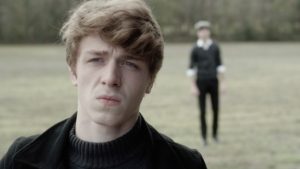 Writer/Director: William Stead
Producer: Tony Ashley
Cast: Weston Warren, David Benne
In Nazi Germany, the young, closeted Ben fears for his own safety as he learns that the world he lives in is about to become even more dangerous for him and his openly gay best friend.

Writer/Director: Gregory G. Allen
Producer: Gregory G. Allen, Laurie Chock
Cast: Ed Delia, Nefertiti Warren
An elderly Holocaust survivor is being interviewed by an African American grad student for her thesis on REPARATIONS. As her questions unearth his secrets the bond between them deepens. 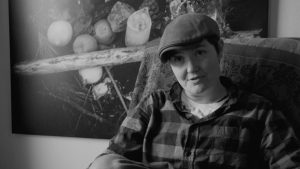 Producer/Director: Taylor Ross
Cast: Danny Cords, Deb Cuny
Through the personal stories of two LGBT individuals, they reveal the horrors of their experience in conversion therapy and trauma that comes with the aftermath. 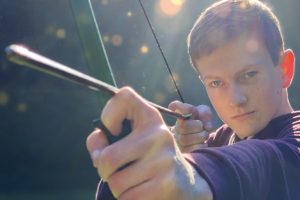 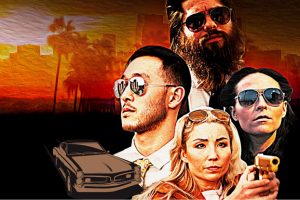 Writer/Director: Nolan Hieu Trifunovic
Producer: Nolan Hieu Trifunovic, Maya Pacheco
Cast: Leila Perry, Joon Paul Kim, Brian Ray Thompson, Hope Lagos, Johnny Benson, Tove Jegeus, Riley Fluhrer
Three high school teens have gathered to write a script about a 70s cop show but the fictional characters they have created live in a digital world that requires them to act out the story. As the script takes an unexpected turn, one of the fictional characters begins to question his masters. 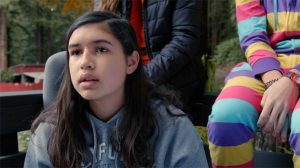 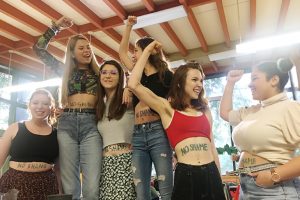 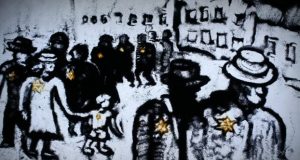 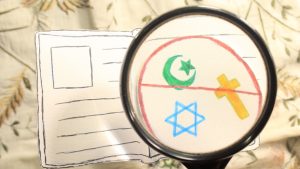 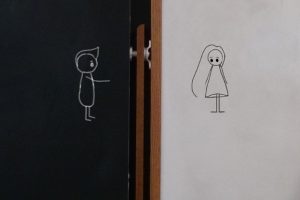 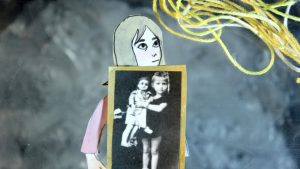 Director: Spirit Avedon, Natasha Clement, Lila Dworsky-Hickey, Ian Kim, Miranda Lewis, Alexander McDaniel, Jaaziah McZeal, Hank Schoen, Coleman Weintraub, Jocelyn Vega, Fernanda Zaragoza
Producer: C. Lily Ericsson, Exec Producer: Cheri Gaulke, Samara Hutman
Cast: Trudie Strobel
A child survivor of the Holocaust receives a packet of beads in a Displaced Persons camp after the war. Her mother tears off a piece of her skirt and the child embroiders a goose. Thus begins her life-long journey with thread and needle not knowing that someday this simple act will save her life again. Based on the life and art of Holocaust survivor Trudie Strobel.

Thank you to our Prize Award Sponsors: