About the Showcase:
Since 1989, The American Pavilion has offered unparalleled experiences in Cannes to film students and emerging filmmakers from around the world. AmPav’s Emerging Filmmaker Showcase provides an opportunity for filmmakers to have their works seen by Cannes Festival and Film Market attendees. Any Finalist Films prevented from screening in person in 2020 and 2021 will be screened at the next “live” Showcase in Cannes, currently planned for May 2022. In the meantime, these exceptional and diverse films will be showcased to our American Pavilion audiences for a limited time virtually. Each of our four categories of films (Emerging Filmmaker Showcase, LGBTQ+ Showcase, Student showcase and High School Film Showcase) can be viewed on demand during the screening window for each category, with each showcase followed by a live filmmaker Q&A.

Below are the 2021 Jury Award winning films and the live Q&As. 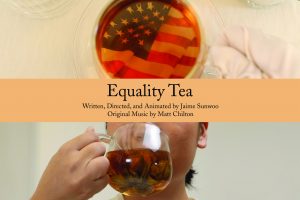 Writer/Director: Jaime Sunwoo
Cast: Jaime Sunwoo
Original score: Matt Chilton
Based on a 1895 suffragist anthem by Augusta Gray Gunn. Commissioned by Park Avenue Armory and The Laundromat Project for 100 Years | 100 Women. Throughout America, women organized tea parties for meetings and fundraisers to support the suffrage movement. The Woman’s Suffrage Party sold ceylon, young hyson, gunpowder, and oolong tea under their charitable brand “Equality Tea.” Yet the history of tea is steeped in inequality, driven by colonialism, war, and appropriation. In her short film, Equality Tea, Sunwoo brews tea while drawing parallels between the fraught histories of the tea trade and the suffrage movement. 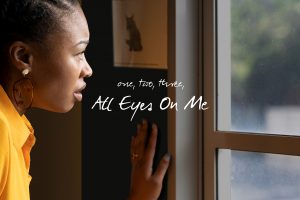 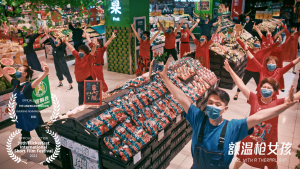 Writer/Director: Rongfei Guo
Producer: Du Yating
Cast: Li Chao, Hu Jie
During the pandemic, a grocery delivery man is busier than ever. He receives orders, fills shopping carts, and delivers packages. Receive, fill, deliver; from dawn to dusk, day in and day out. He navigates strange streets and knocks on unfamiliar doors. As he grows tired, a feeling of loneliness washes over him and he begins to feel defeated—until he suddenly finds a thermal gun pressed to his forehead. 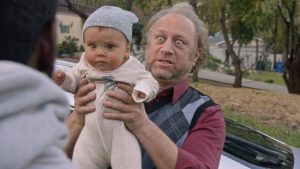 Writer/Director: Joseph O. Hooten
Producer: Liliana Granados, Don Ohmer, Connor Hall, Chase Block
Cast: Atala Arce, Casey Lopez, Jay Phoenix
In the not too distant future, Leah and her daughter Ariel race against the clock to immigrate across the U.S./Mexican border before sunrise. As officers close in, the direction they run becomes less and less clear. 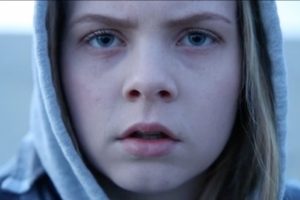 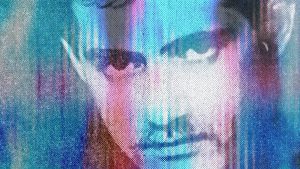 Producer/Writer/Director: Jennifer Bartels
Cast: Lily Bartels
A luminous bond forged on a 1960s college campus between two friends whose lives will soon radically diverge, while their friendship remains impervious to time and distance. Patrick heads to San Francisco, where the thriving queer community welcomes him, and where his prodigious and visionary musical talent will take him to the brink of stardom. Lily follows a more seemingly conventional path of marriage and children. Dear Lily, Love Patrick is a poignant look at the power of true connection, a young life ended by tragedy at the onset of the AIDS epidemic, and a love that still endures.

Producer/Writer/Director: Ariel Orama López
Cast: Ariel Orama López, Jonathan Cardenales
Two brothers from the Caribbean discover the quintessence that unifies them, in the midst of the pandemic. In a [zu:m] conversation, anything can happen. It Is an ethereal story that alludes to the metaphorical “shield” -or “armour”- of Covid-19, even on an emotional level, as well as the stigma of HIV/AIDS. Today we are one voice, without races: a new universe of masked beings. 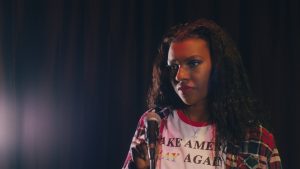 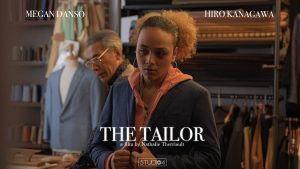 Producer/Writer/Director: Chase Davis
Cinematographer: Taylor Ross
Cast: Heather Abbott
A determined woman utilizes the symbol of Wonder Woman to rally herself, her family, and her community in her fight against stage four breast cancer.

BETWEEN THE LINES: LIZ AT LARGE
2020, 4:32 min., USA, Documentary, The George Washington University

Producer/Director: Giridhar Nayak K
‘dhīvaraḥ’, is a short documentary based on the unpredictable livelihoods of fishing communities struck by climate change and overfishing in Karnataka, India. 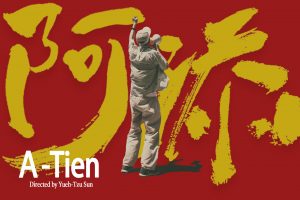 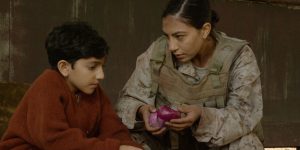 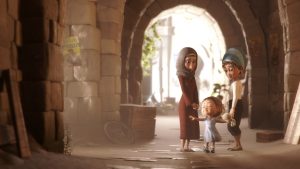 Director: Daniela Dwek, Maya Mendonca, Chrisy Baek
Writer: Daniela Dwek
Producer: Jimmy Calhoun
A young Israeli girl is oblivious to the historical conflict she lives in. On a trip to the market, her mother reinforces her fear of “the other”. However, when chaos strikes she finds that the people she was once afraid of are not so bad. 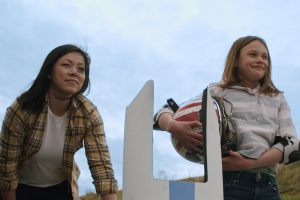 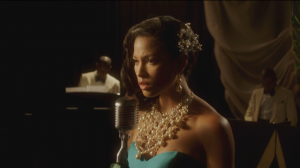 Director: Tayo Amos
Writer: Joi Elaine, Matt Mitchell
Producer: Julia Dillard, Matt Mitchell
Cast: Lex Scott Davis
In 1950s Las Vegas, a black singer is on the verge of her big break, but she risks it all when she learns her audience won’t be integrated. 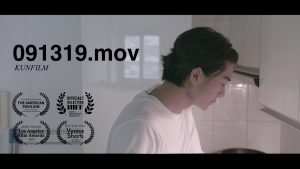 Producer/Writer/Director: Kunwoo Kim
Cast: Kunwoo Kim, Min Kim
Told through the eyes of a high school teen, this film depicts the lonely reality of studying abroad layered with the spoken and unspoken nuances communicated between a mother and son. Set during the backdrop of the global pandemic, the film portrays the acute ripple effects of Covid-19 that impact lives, shatter families, and alter commonplace routines once taken for granted. The film takes place in idyllic Hawaii, yet nothing is ever as it seems. 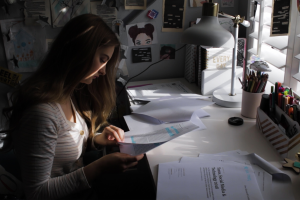 Producer/Writer/Director: Molly E. Smith
Cast: Anna Bird, Martha Nolte, Patricia Haletz, Sandra Luckow, Sheryl Carbonell, Katherine Murphy, Lori Smith, Stephanie Wahnish, Lily Calary, Allie Derry, Ellen Sallin, Aleah Polite
A young filmmaker discovers the true meaning of feminism and its impact on Generation Z.  Feminism is a dirty word. At least that is how some women see it. It has been weaponized, becoming closely associated with political ties and radical behavior. The media paints this picture of polarization between generations particularly regarding feminism, but these few loud opinions do not make up the whole. In this film, we take a closer look at the evolution of feminism through the generations, reveling a surprising similarity. Are we really different in our ideas of feminism, or is this just a perception? With Generation Z on track to being “most diverse, best-educated generation yet” according to the 2018 study by the Pew Research Center and having access to smart phones since their time of birth, there is no question that Generation Z will forever impact the feminist movement. This film is a culmination of a year long research study to determine the future of feminism. Welcome to the fifth wave. 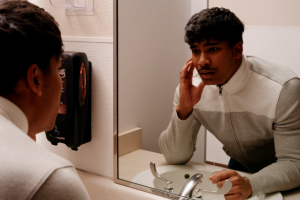 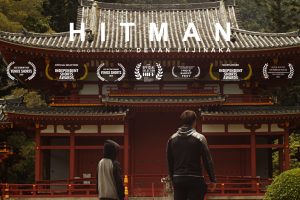 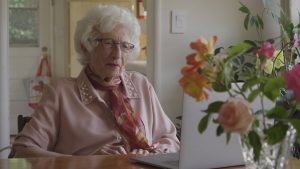 Director: Alexa Biggs, Veronica Howard, Izadora Kashper, Ella Levkowitz, Asher Meron, Bella Rahi, Henry Ullendorff, Olivia Uzielli, Lincoln Weinstock
Producer: Lynn Tomlinson
Executive Producer: Cheri Gaulke, Samara Hutman
Cast: Sarah Traister Moskovitz
I Am A Traister: The Sarah Moskovitz Story is an animated film that tells the story of an unsung hero now in her 90s. In 1980s Los Angeles, Flo Kinsley and Moskowitz founded the first Child Survivors of the Holocaust therapy and support group which went on to be a worldwide phenomenon. For the first time this generation of child survivors, in their 60s and 70s, could name their experience, find community and begin to heal. 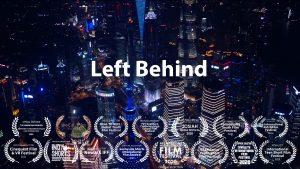 Producer/Director: Maggie Ding
Cast: Qiuxiu Wu, Zhengguo Liu
Left Behind is about a nine-year-old left-behind child from a rural village of China, who badly needs love from her divorced parents. The left-behind children in China are children who are left behind in rural areas by their parents who leave to work in urban areas. According to the Chinese Ministry of Civil Affairs, as of August 2018, there were 6.97 million left-behind children in rural China. Many of these children face developmental and emotional challenges because of the lack of parental care. The film explores the lives of the left-behind children through the eyes of a village girl from Guizhou Province of China. 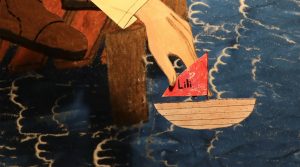 Thank you to our Prize Award Sponsors: